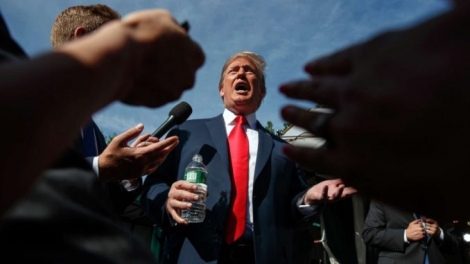 President Trump says he wants to kick India and Turkey out of a program that gives the countries special trade treatment. Trump announced his decision on Monday this week, saying he wants to remove the countries from the Generalized System of Preferences, or GSP — which allows developing countries to send certain products to the United States duty-free.
Last year, the United States began reviewing India’s eligibility for the program. Countries with GSP designation must meet certain criteria and can graduate from the program. In a statement, the Office of the U.S. Trade Representative said Turkey is “sufficiently economically developed” and should no longer benefit from preferential market access.
In a letter to Congress, the president accused India of shutting out American businesses. “I am taking this step because, after intensive engagement between the United States and the Government of India, I have determined that India has not assured the United States that it will provide equitable and reasonable access to the markets of India,” the president said in the letter.
“India has implemented a wide array of trade barriers that create serious negative effects on United States commerce. Despite intensive engagement, India has failed to take the necessary steps to meet the GSP criterion,” said a USTR statement.
The Indian Commerce Secretary reportedly said benefits of the exemptions were “minimal and moderate,” adding up to about $190 million on exports of $5.6 billion.
Trump slammed India over the weekend, calling it a “high-tariff” nation at the Conservative Political Action Conference, adding: “When we send a motorcycle to India, it’s a 100% tariff. They charge 100%. When India sends a motorcycle to us, we brilliantly charge them nothing.”
Richard Rossow, senior adviser with the Center for Strategic and International Studies, told Yahoo Finance he wasn’t surprised by the move — and he didn’t think the Indian government was surprised either.
“Tensions and frustration were clearly boiling over,” said Rossow. “This isn’t part of, I think, the overall package of the Trump administration initiating trade wars globally. India had actually done a number of things that kind of warranted this review.” Rossow pointed to India’s increased customs duties, expanded mandatory local content rules for production and price controls.
‘The Trump administration is not likely to back down from a trade fight.’
India will still be able to export goods to the U.S., but will be subject to higher customs duties.
Rossow said the real risk for India is losing market share. “That narrow price differential of pre-GSP and post-GSP — can other countries’ exporters fill in that gap?” said Rossow. “The customs duties themselves, you’re talking about a couple hundred million bucks, maximum. That’s survivable…but if actually the exporters themselves begin to lose out to competing companies and manufacturers in other countries— that’s where India begins to feel direct damage to the economy.”
India was one of the countries hit by Trump’s tariffs on steel and aluminum last year. While India announced retaliatory tariffs, they have not been enacted. Rossow said he does not think India will want to escalate the situation.
“I do think the [Narendra] Modi government does very much understand that the Trump administration is not likely to back down from a trade fight,” said Rossow. “The United States is one of only two countries among India’s largest trading parters with which India has a surplus — so India has a great deal to lose in this trade relationship with the United States if this thing begins to escalate further.” USTR says no changes will go into effect for at least 60 days.